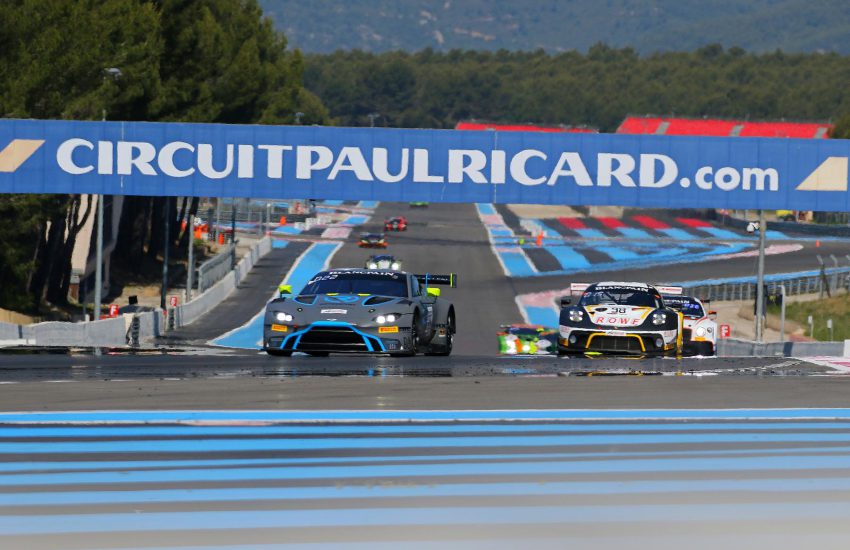 The GT World Challenge Europe era is officially underway. The former Blancpain GT Series will begin the new decade with a fresh look, while retaining its long-standing commitment to world-class GT racing.

The winning formula that has been honed over the previous nine seasons will remain in place for 2020, with evolution at the heart of the series‘ approach. Indeed, the change in name coincides with widespread continuity for the continent’s leading GT category as a selection of Europe’s premier circuits once again form its 10-round championship.
Stable calendar, enhanced format at multiple events

The GT World Challenge Europe calendar remains unaltered from the version first presented by Stephane Ratel during his press conference at the 2019 Total 24 Hours of Spa, with all of the circuits that featured on last year’s schedule returning for the upcoming season.

This 10-round continental tour will once again be split equally between the Endurance Cup and the Sprint Cup, with individual and combined GT World Challenge Europe titles up for grabs across multiple classes.

As previously outlined, the annual trip to the Nürburgring (4-5 September) will return to the Endurance Cup calendar in 2020, with the season-ending event at Circuit de Barcelona-Catalunya (9-11 October) taking its place on the Sprint schedule.

The German contest will undergo a format refresh for its Endurance Cup comeback, with the three-hour race moving to a 18.45 start on Saturday evening. With the sun setting around 20.00 in early September, the race will begin in daylight and conclude in darkness, providing a suitably spectacular climax to the 2020 GT World Challenge Europe Endurance Cup campaign.

There are no changes to the other four long-distance events. The official pre-season and Total 24 Hours of Spa tests also remain unaltered, with both running over two days at Circuit Paul Ricard (12-13 March) and Spa-Francorchamps (16-17 June) respectively.

The five-round Sprint Cup championship will continue to feature a pair of one-hour races per weekend in 2020, with each paying equal points. At four of those events the competitive action will begin at 14.00 local time on both Saturday and Sunday, enhancing the fan experience and ensuring that each race becomes appointment viewing.

A further tweak will see qualifying for the weekend’s opening contest take place on Saturday morning, with one driver per crew taking part in a 20-minute session. This will set the grid for race one, where the qualifying driver will tackle the first stint before handing over to their teammate.

On Sunday the same format will be repeated, with each crew’s second driver tackling qualifying and the start. The exception to these changes will be the opening Sprint Cup round at Brands Hatch (2-3 May), which is staged over two days and therefore requires a condensed schedule.
Sporting evolutions announced

As is the case each season, small changes have been instituted following discussions with the paddock.

In the GT World Challenge Europe Endurance Cup a minimum refuelling time must be adhered to, but the time taken to change the tyres – which can only take place after refuelling has finished – will not be restricted. This will decrease the time that cars are stationary while also creating new opportunities for strategy.

At the Total 24 Hours of Spa, the mandatory technical pit stop will be reduced in length from five minutes to four. What’s more, the stop may now take place any time between the start of the 12th hour and the end of the 22nd hour, including under full-course yellow or safety car conditions.

Indeed, with only small changes made to event formats and the sporting regulations, the main area of difference for 2020 will be the series‘ name. Following the conclusion of Blancpain’s successful partnership and the adoption of the GT World Challenge Europe moniker, all social media accounts and web addresses have now been updated to reflect the new identity.

The change is consistent with the continental series in Asia and America, which have also taken the GT World Challenge name. All three will count towards the global GT World Challenge, which will feature a total of 22 non-clashing events during the 2020 season. Points will be scored by teams representing competing manufacturers in each region, with the final total decided by the duration of the event and the number of competitors in each class. An overall manufacturers‘ title will be awarded at the season’s end.

The 2020 campaign will see the Endurance Cup become part of this global platform for the first time, adding long-distance competition at Europe’s most historic tracks to the international schedule. The year ahead promises plenty of excitement as GT World Challenge Europe embarks upon a new era.

A total of 22 non-clashing events will play out during the 2020 season, with sprint and endurance rounds staged across Europe, North America and Asia. This includes the historic Total 24 Hours of Spa, which becomes part of the schedule for the coming season.

First launched in 2019 as Blancpain GT World Challenge, the concept unites three continental championships to create a comprehensive global platform. While each series retains its own identity – with drivers‘ and teams‘ titles up for grab in Europe, Asia and America – there is the added appeal of an elite manufacturers‘ contest.

Brands competing in all three series are eligible to compete for the global GT World Challenge title through their customer squads, with points awarded to the best-finishing car per brand in each class. The allocation differs depending on the event format: 25 are on offer at sprint races, while 100 will be awarded at the Total Spa 24 Hours. The number of points scored is multiplied by the amount of cars competing in each class to give the final total.

The inaugural title was won by Mercedes-AMG, which defeated fierce rival Ferrari to be crowned champion. 2020 will represent the second season for the global GT World Challenge format and features an expanded schedule. 10 rounds will take place in Europe, while the Asian and American series will each consist of six events. Drawing on the wealth of experience and knowledge accumulated by SRO Motorsports Group, GT World Challenge aims to be the benchmark in global customer racing.

About SRO Motorsports Group – The global leader in GT racing

With more than 25 years’ experience at the forefront of a continuously evolving industry, SRO Motorsports Group is the established international leader in GT racing.

Best known for the development and implementation of the GT3 and GT4 regulations, SRO promotes and organises championships that embrace professional and amateur competitors. Its portfolio of highly regarded series includes regional GT World Challenge categories in Europe, America and Asia, which are combined to determine a global manufacturers‘ champion, while the flagship Intercontinental GT Challenge features events on five different continents.

The 2020 season will see more than 100 races run under the SRO Motorsports Group banner, highlighted by the prestigious Total 24 Hours of Spa. In addition to promotion and organisation, the company operates SRO Race Centre by MMC – a high-level technical facility at Circuit Paul Ricard – and provides the ultimate driving opportunities at world-renowned venues through Curbstone Track Events.

SRO Motorsports Group is chaired by company founder and CEO Stephane Ratel. With offices in London, Paris, Liège, United States and Hong Kong, its work is facilitated by a dedicated global team of full-time and freelance staff.

Combining a passion for performance with industry-leading expertise, SRO continues to play a key role in shaping the future of international GT racing.