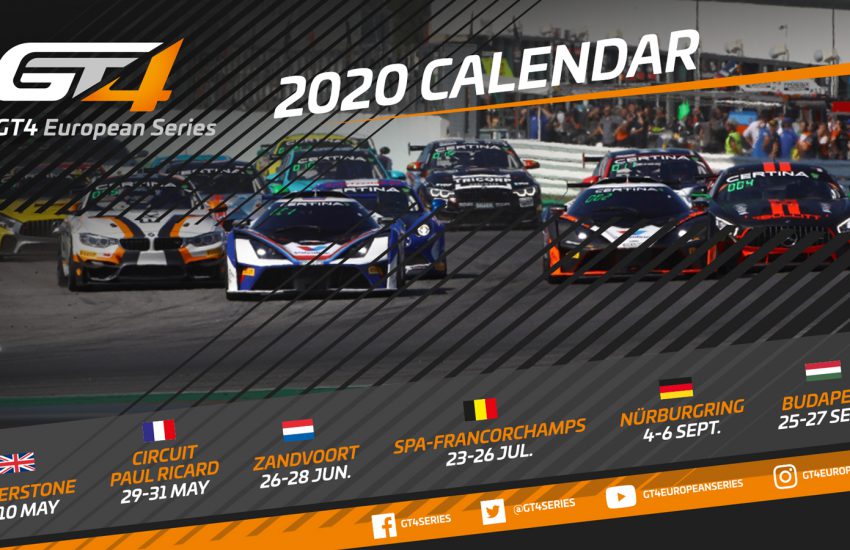 The full-season entry process for the 2020 GT4 European Series has officially opened today!

In recent months many existing and new teams have expressed their interest to enter the GT4 European Series next season, which has encouraged SRO Motorsports Group to move the opening of the 2020 entry process to the first of December rather than waiting until mid-January. Entries will be accepted on a first-come-first-served basis.

With Silverstone replacing Brands Hatch on the calendar, the number of cars that can be accepted on a full-season basis has increased compared to last season. Additional entries are being accepted for select rounds of the 2020 championship. The first draft of the 2020 GT4 European Series regulations will be released later this week.

The season will begin on May 8-10 at Silverstone, followed by a race weekend at Circuit Paul Ricard three weeks later. The Zandvoort circuit in the Netherlands will host the third round of the season on June 26-28 and on July 23-26 the GT4 European Series will race at Spa-Francorchamps, during the Total 24 Hours of Spa race week.

After a short summer break in August, September will be important for all teams and drivers, with the two final rounds set at the Nürburgring (4-6) and the Hungaroring (25-27). All rounds will again feature live streaming coverage.

Those wishing to enter the series or who require further information should contact series manager Nina Pfiffner at nina@sro-motorsports.com. The online entry form for the 2020 season can be found HERE.